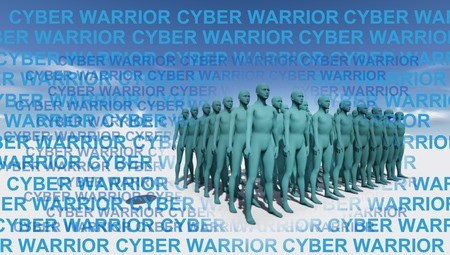 …and all the other things you do at Noverus Innovations, Inc. if you weren’t in your cushy Sacramento offices?”

“Uh… I do tech consultation and delivery wherever I’ve got the tools. You kidnapped me in a spaceship call-box and landed me in the middle of some jungle; what do you expect?”

“Use this,” and the man who went by ‘The Doctor’ tossed Stephen Monk his strange-looking laser pointer.”

“Sonic screwdriver. Think what you want it to do, press the button on the side— that one— and aim it at the thing you’re trying to fix. Take… this broken communicator from the era where the cybermen first discovered time travel, for instance. Just point the sonic screwdriver, think of the circuitry mending, press the button, and concentrate.”

“And you won’t with that attitude, Monk.”

Getting Down To Business

Stephen Monk sighed, but decided to humor the strange space/time kidnapper. He concentrated, pointed the sonic screwdriver, and pressed the button. There was a whirring sound. The little communicator crackled to life with a cacophony like robots gargling.” What’s that noise!” Stephen exclaimed.

“Cybermen. Singing. Well, they don’t sing. They use atonal scales.”

“What are they singing about?”

” ‘Upgrading’ the universe— taking away all emotion. Sinister, eh? Like a plot some network executive might dream up at a TV studio to reel in younger audiences. But hey, it’s what cybermen do. Well, thanks for the help, Stephen. Now I’m going to need you to do one more thing, and then you can get back to your boring life providing IT support in Sacramento.”

“Now, you just used the screwdriver to hack coding of the cybermen subconsciously— I knew you could! Alas, I am from Gallifrey, and have two hearts; my psychology isn’t requisite to the task since these cybermen are futuristic Earth-derived monsters. So take this communicator, stand at that podium over there, and use the sonic screwdriver to help derive a consolidating hack. I’ll wait, this is a time machine, we’ve got eternity.”

So, Stephen went to the podium and did that. It took about a week, real-time, but as he got into the work, he found he liked it. When finished, he brought a holo-tablet and demonstrated: “See, all you’ve got to do is give the ‘activate’ command, it sends out this override signal, then you can use your sonic screwdriver to direct them like nano-machines in a physical cloud.”

“Well done, Monk! Let’s try it out, eh?” The Doctor threw a lever on the wall, the Tardis turned inside out, he opened the front doors and there was a legion ten million strong of cybermen. “Hey you bunch of heartless tin cans! Look what this guy providing IT support in Sacramento just taught me how to do!” And The Doctor pressed the button on the sonic screwdriver, aiming it at them. Immediately all the monsters arched their backs and started treating one another as rabid felines while The Doctor laughed.

“All in good time, Monk,” and the tardis traveled on.