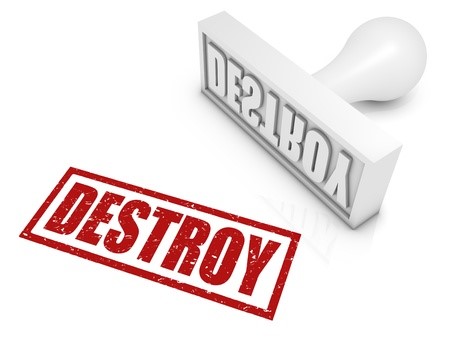 “Okay, Stephen Monk, so you provide IT services in Sacramento, you already told me what kind— I’ll recap:

..and a bevy of other services— I know these things; what I’m interested in is a networking fix utilizing cloud networks to overtake an IoT grid and use it as a sort of baseline consolidated internet linking multiple… computers, simultaneously. An Internet utilizing Internet-enabled devices in the billions, rather than data centers or cloud networks— are you with me?” The man had been doing various things in the massively spacious police call box as he said this. He had an intense English accent, and a swift, brusque way about him nonetheless charming.

“What kind of doctor did you say you were?” was all Stephen could respond.

“I’m a… general practitioner, let’s say. Now— can you do what I’m asking? I mean I know you can, Stephen, but I want to know you understand— of course Madman Monk could do it, right? The man who invented the printernet?”

A Glimpse of the Future

“You know, when IoT got involved with 3-D printing after the bugs were worked out and the devices could manufacture detailed circuitry on request? Your firm providing IT services in Sacramento recreated Super Mario World to scale, in three dimensions, in your offices— good gracious, you wouldn’t have forgotten?”

“This is the same Stephen Monk who runs Noverus Innovations, Inc. in 2077, correct?”

“Oh, don’t play coy with me; you’ve just had a rejuvenation!”

“I have not! What are you suggesting?”

“Hm. Looks like I pulled out of the time stream prematurely.” The man sighed. “Again.” He was leaning on the sliding doors that he had pushed Stephen through. Abruptly a steel hand punched its way through, followed by a robotic voice screeching: “You will be upgraded—”

The thin Englishman nonchalantly stuck the strange laser pointer up the metal nose of the monster. It made a strangled beeping noise, and then its head exploded. The man wiped off his laser pointer.

“What did you do to it?!” Stephen gasped.

“Gave it a whiff of joy. Cybermen disengage emotions. Little happiness fries their circuits. Alright then, well, I pulled you too early, but you’ll do. We’d better get moving; I’m going to need you to infect an eight billion-strong network of these things.”

“For Pete’s sake,” the man calling himself “The Doctor” leaned on a lever at the center of the large room. Suddenly everything got strange, that WHOOMwhoomWHOOMwhoomWHOOMwhoom sound returned, and for the barest of moments, Stephen felt queasy.

Stephen wanted out. “Well sir… listen, best of luck with your… IoT. I need to go,” and he stepped through the front door he had entered, intending to go back to his normal life providing IT services in Sacramento—

Then he stepped right back inside the police call-box. “Excuse me Mr… The Doctor— was there a jungle outside, just a moment ago?”

“Ah.” Stephen came back in and sat down on a piece of science fiction vagueness amidst the general clutter of the Tardis. “What was it… again… you needed help with?”