IT Support Business Advice for Lincoln: Do You Give Salespeople Enough Time to Produce Results? 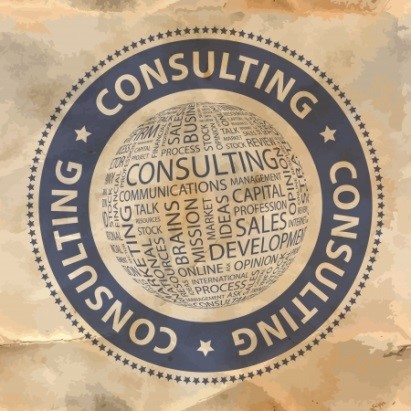 IT consulting in Sacramento was very rewarding for CEO Stephen Monk. The Internet of Things (IoT) and cloud computing had revolutionized operations, and it kept him working at the IT offices he managed longer than was his custom. But it was a good kind of fatigue that gripped him as he ran hands through his hair, yawned, and made his way to his car. At three in the morning, the lot was empty except for his vehicle. He had his keys in the driver’s side door and would have been headed home, when an azure glow behind changed reality.

There was a low-pitched, thrumming kind of sound, a sort of WHOOMwhoomWHOOMwhoomWHOOMwhoom… and as Stephen watched, a rectangular box resembling an indigo phone booth appeared in the middle of the parking lot. It just sort of faded into existence, like a really bad special effect from the eighties. Only, Stephen knew that which was real. Soon the box was stationary, and on the front it read: “Police Call Box.”

Silence reigned for a full second, until the door jangled open and a man made of elbows, knees, and tweed stumbled out waving a bright and throbbing laser-pointer that seemed incapable of projecting a beam. The man said, in a heavy English accent Stephen wasn’t able to immediately identify, “You must be the man from the monastery.”

“How do you know my name? And I dislike jokes like that.”

“Ha! I knew you would. Well Mr. Monk, in approximately 72 seconds, the cyberman envoy from Gibblet Prime will arrive in a temporal manipulation device derived from a corroded and imploding Tardis that group of robotic blatherskites found drifting through a nebula 500 years from now. Unless you want to be ‘Upgraded’, I suggest you catch,” and the man threw the strange laser-pointer looking thing at Stephen, who caught it incidentally.

“Uh… see the building behind me?” Stephen asked. “I provide IT consulting in Sacramento, in addition to a number of other services like:

…and much more under the auspices of my company Noverus Innovations, Inc. Unless you need anything like that, I’m afraid I can’t help you—”

“No, but brilliant way to use up your last thirty seconds as a non “upgraded” human being with emotions and reason. Oh, wait— I need an assessment on my Tardis— er, on this call box.”

Stephen rolled his eyes. It was the size of a phone booth, how bad could it be? But then… it had appeared out of nowhere— well, it was three in the morning, wasn’t it? Perhaps he was seeing things. Stephen walked over and looked inside—

Then jumped back with a cry, “It’s… bigger on the inside!”

The world had begun to tremble, and an evil green light was splitting apart the air like some evil science fiction specter. “What’s that?” Stephen asked, awed.

“The end of IT consulting in Sacramento if you don’t get in and help me,” said the strange man.

“I’m The Doctor,” and after being shoved, Stephen found himself inside a phone booth shaped call-box bigger than his offices.